Inflammation: The good, The Bad, The Ugly

Inflammation : The Good, the Bad, and the Ugly

Everyone knows what inflammation is. It is the result of an immune response brought about by injury or invasion. We are familiar with the symptoms: swelling, redness, heat, pain, and decreased range of motion. Inflammation has its purpose. It increases blood flow to areas of injury when we get hurt. That’s why inflamed areas get red and warm. We also require the inflammatory immune response to destroy invading organisms, like those that might cause infection – but also those that cause a cold or the flu. So, inflammation is good in many ways. Without the immune response, we would live very short lives.

But the immune response produces free radicals—that’s how it works. Free radicals are highly reactive molecules. Because they are missing an electron, they are capable of rapidly destroying invading organisms by tearing electrons from their structures. While free radicals are a vital part of our ability to heal wounds and to ward off infection, problems arise when they cannot be brought into check after the threat has passed. From this perspective, inflammation can be bad.

When inflammation is left unchecked for longer periods of time (even at very low levels) it can get ugly. Chronic inflammation results when an ongoing overabundance of free radicals begin to attack healthy tissues. And when there is an attack of any kind, the immune system sends in more free radicals to stop the attack. It becomes a vicious cycle.

Scientists have known for a long time that the inflammatory immune response can backfire, causing autoimmune disease. But the idea that inflammation could be involved in other diseases is fairly recent. It began when doctors realized that stomach ulcers were not caused by stress or spicy food, rather by inflammation triggered during bacterial infection. Soon, evidence began to accumulate that inflammation was a factor in far more than just ulcers. Today, nearly every branch of medicine includes the study of inflammation. The medical community often refers to it as “silent inflammation” because the low levels that go unnoticed for long periods of time are the cause some of the most devastating afflictions of our time: heart disease, cancer, diabetes, and others. The evidence is so strong that in 2003, the American Heart Association and the Centers for Disease Control and Prevention recommended that a test for free radicals be included in regular checkups, to determine a patient’s risk for heart disease.

Silent inflammation may be the culprit behind arthritis, chronic fatigue, osteoporosis, multiple sclerosis, fibromyalgia, thyroid dysfunction, Alzheimer’s, Crohn’s disease, and many other afflictions of our day. Each of these disorders is associated with a gradual deterioration of tissues caused by immune dysfunction and chronic inflammation. It has led to an explosion of research directed towards the development of new anti-inflammatory compounds.

Sunrider foods Balance, Nourish and Cleanse the body so you are not an easy target for silent inflammation. They are the backbone of my diet and health maintenance program because I know they are antioxidant-rich—especially Calli and Fortune Delight. Did you know, antioxidants are the number one tool against silent inflammation? Both Calli and Fortune Delight have high levels of antioxidants in the form of catechins , flavenoids and phytonutrients.

Unlike most tea (simply ground herbs placed in a tea bag) Calli consists of concentrated herbs sprayed onto tea leaves that have been soaked in other herbs and flower essences. The introduction of hot water “reconstitutes” the formula. Because of Calli’s unique production, one tea bag should be placed in a full pot of water and used only once. To maximize its benefits, make a big pot in the morning and drink it within 24 hours. TIP: When heating the water, stop just as it begins to boil. Boiling introduces too much oxygen and leads to flat tasting tea.

Fortune Delight has many of the same characteristics as Calli, however, different herbs balance this tea for regeneration. Served warm or cold; it is an alkaline, antioxidant-rich beverage that nourishes the entire digestive system.

I can’t encourage you enough to stay steady and regular with the Sunrider NBC program—with plenty of Calli and Fortune Delight. And if you or the ones you love have a tendency toward any of the ailments I’ve mentioned (with inflammation as an underlying cause) introduce them to VitaDophilus and Evergreen. Both will add extra “punch” to a program targeted at reducing inflammation. 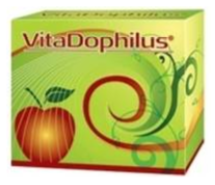 VitaDophilus is one of the best ways to support a healthy immune response so free radicals are kept in check. Each packet contains 1.5 billion live Lactobacillus bacteria for a healthy digestive tract—a key to proper immune function. Once inside your body, VitaDophilis helps balance intestinal flora, destroying yeast and other harmful bacteria. Apple pectin in the formula acts like a broom ,clearing intestinal debris. Apple pectin was documented after Chernobyl to reduce the level of radioactive particles in the body. It binds to radionuclides in the digestive tract and sweeps them from the body. Over a period of one month, the radioactive burden in exposed children was reduced by 62%.

Evergreen is a chlorophyll-rich blend of alfalfa, licorice, iron, zinc and peppermint. It

provides trace minerals, enzymes, and alkalizing minerals to help purify blood and balance pH. It is a must for fighting free radicals and preventing colds and flu. 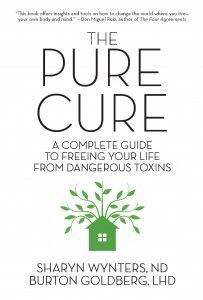 As always, My book, The Pure Cure is available from my website; it is loaded with information on how to live a toxin-free lifestyle in our modern world. (I will always autograph a copy when asked.)

As we enter the Holiday Season, I encourage you to be selfish when it comes to taking care of yourself and your needs. Live, Laugh and Love – and don’t forget your Sunrider foods everyday!

In love and light,